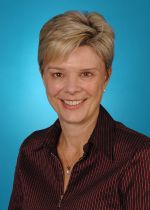 Position: Head of Institute for Neuroscience and Muscle Research

Professor Kathryn North did her undergraduate training at the University of Sydney and received a BSc (Med) (with distinction) in 1982 and an MBBS (with honours) in 1985. She subsequently trained as a physician (F.R.A.C.P), neurologist (A.A.N.) and clinical geneticist (H.G.S.A.) and in 1994, was awarded a M.D. for research into neurogenetics. In 1993, she commenced a postdoctoral fellowship at the Children’s Hospital, Boston and Harvard University, where she developed her expertise in the molecular genetics of human skeletal muscle. In 1995, she returned to Sydney as the first recipient of the Career Development Award in Research from the Children’s Hospital at Westmead (then known as The New Children’s Hospital) and established the Neurogenetics Research Unit in 1996.

In 1997, she was appointed as Senior Lecturer at the University of Sydney, and was promoted to Associate Professor in 2000 and to Professor in 2002. In 2004 she was appointed Douglas Burrows Professor of Paediatrics and Child Health.  She currently employs 14 full time clinical and laboratory research staff and supervises 9 PhD students. She received the Sunderland Award from the Australian Neuroscience Society in 2000 for excellence in neuroscience research and has recently been named the Sutherland Lecturer for 2008 by the Human Genetics Society of Australasia in recognition of her research in the area of human genetics. Professor North has published over 120 refereed journal articles, 10 invited reviews, 18 book chapters and one single author book. Since 2000, she has published 2 papers in American Journal of Human Genetics, 6 in Human Molecular Genetics, 3 in Nature Genetics, 13 in Neuromuscular Disorders, 8 in Neurology, 2 in Journal of Medical Genetics and 7 in Annals of Neurology – the major journals in her field. In the past two years, she has written 12 invited chapters on congenital myopathies and muscular dystrophies in U.S. based texts – including Myology, the two volume “bible” of muscle disease. Her team’s research into the role of ACTN3 gene, dubbed the “speed gene,” in human skeletal muscle (Yang et al. ACTN3 genotype is associated with human elite athletic performance. American Journal of Human Genetics 2003, 73:627-630). was cited by Discovery Magazine in January 2004 as one of the “Top 100 Science Stories of 2003” – ranking number 76. She has supervised 11 PhD students and 4 Masters students to completion, and the majority of these students have won prizes for best oral presentation or Young Investigator Awards at leading national and international conferences.

Professor North was a founding member of the ENMC International Consortium on Nemaline myopathy and was elected to the Executive Board of the World Muscle Society (2001-2004). She is on the Editorial Board of six international neurology and neuromuscular journals. She has given 47 invited presentations in the past six years – 37 of these at International Conferences, and has acted as session convenor and chairman at two Cold Spring Harbor Laboratory conferences, the International Neuromuscular Congress (1998, 2002 and 2006), the World Muscle Society (2000, 2002, 2004), the International NF Consortium and at annual meetings of the Australian Association of Neurologists and the Human Genetics Society of Australasia. Professor North has served on the NHMRC Discipline panels (both Genetics and neuroscience) and the Career Development Award Panel in 2005. She was Chairman of the Scientific Program Committee of the Human Genetics Society of Australasia from 2003-2006.

Professor North also runs the Neuromuscular Clinical Service at The Children’s Hospital at Westmead, which caters for over 1000 patients. In addition, she is very involved with the activities of family support groups, regularly attending and speaking at their meetings, writing information brochures for families, and has represented these groups as a spokesperson to the media to raise community awareness.
0
0
0
0
0
0
0
0
0
0
0
0

We use cookies on our website to give you the most relevant experience by remembering your preferences and repeat visits. By clicking “Accept”, you consent to the use of ALL the cookies.
Cookie settingsACCEPT
Manage consent

This website uses cookies to improve your experience while you navigate through the website. Out of these, the cookies that are categorized as necessary are stored on your browser as they are essential for the working of basic functionalities of the website. We also use third-party cookies that help us analyze and understand how you use this website. These cookies will be stored in your browser only with your consent. You also have the option to opt-out of these cookies. But opting out of some of these cookies may affect your browsing experience.
Necessary Always Enabled
Necessary cookies are absolutely essential for the website to function properly. This category only includes cookies that ensures basic functionalities and security features of the website. These cookies do not store any personal information.
Non-necessary
Any cookies that may not be particularly necessary for the website to function and is used specifically to collect user personal data via analytics, ads, other embedded contents are termed as non-necessary cookies. It is mandatory to procure user consent prior to running these cookies on your website.
SAVE & ACCEPT